Urban Arborist was the successful contractor chosen By Astrea Academy for the site clearance  at Woodfield Academy in Doncaster. This particular site clearance was time critical, due to the fact bird nesting season was fast approaching and a new building was scheduled to be constructed during the schools upcoming summer holiday.  The site clearance in Doncaster involved the removal of thirty five mature Cypress trees and several broad leaved trees. All the debris was to be remove from site and tree stumps were to be ground up and left on site as a biodegradable mulch. Urban Arborists dedicated tree surgeon specialists were able to get the job completed as scheduled quickly and efficiently and most of all safely, without impacting on the bird nesting season. 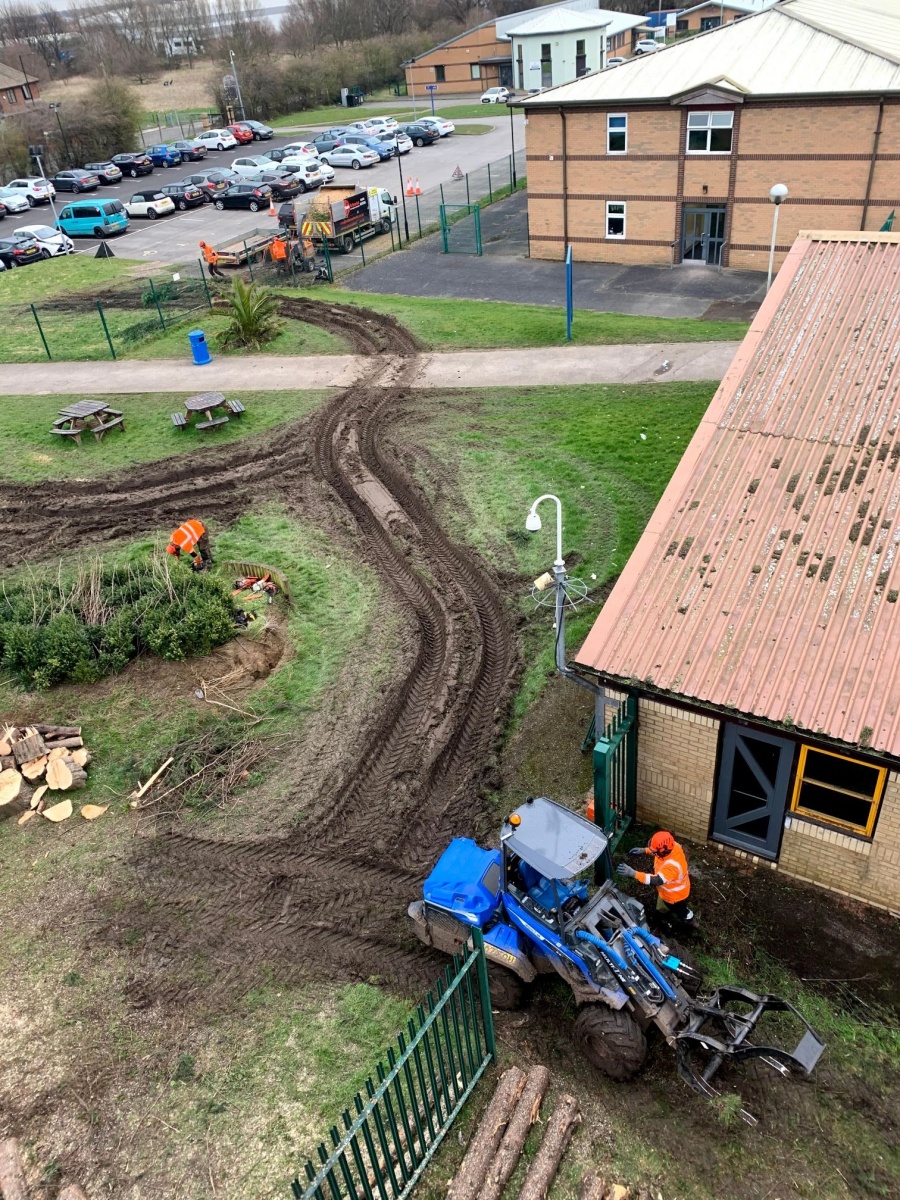 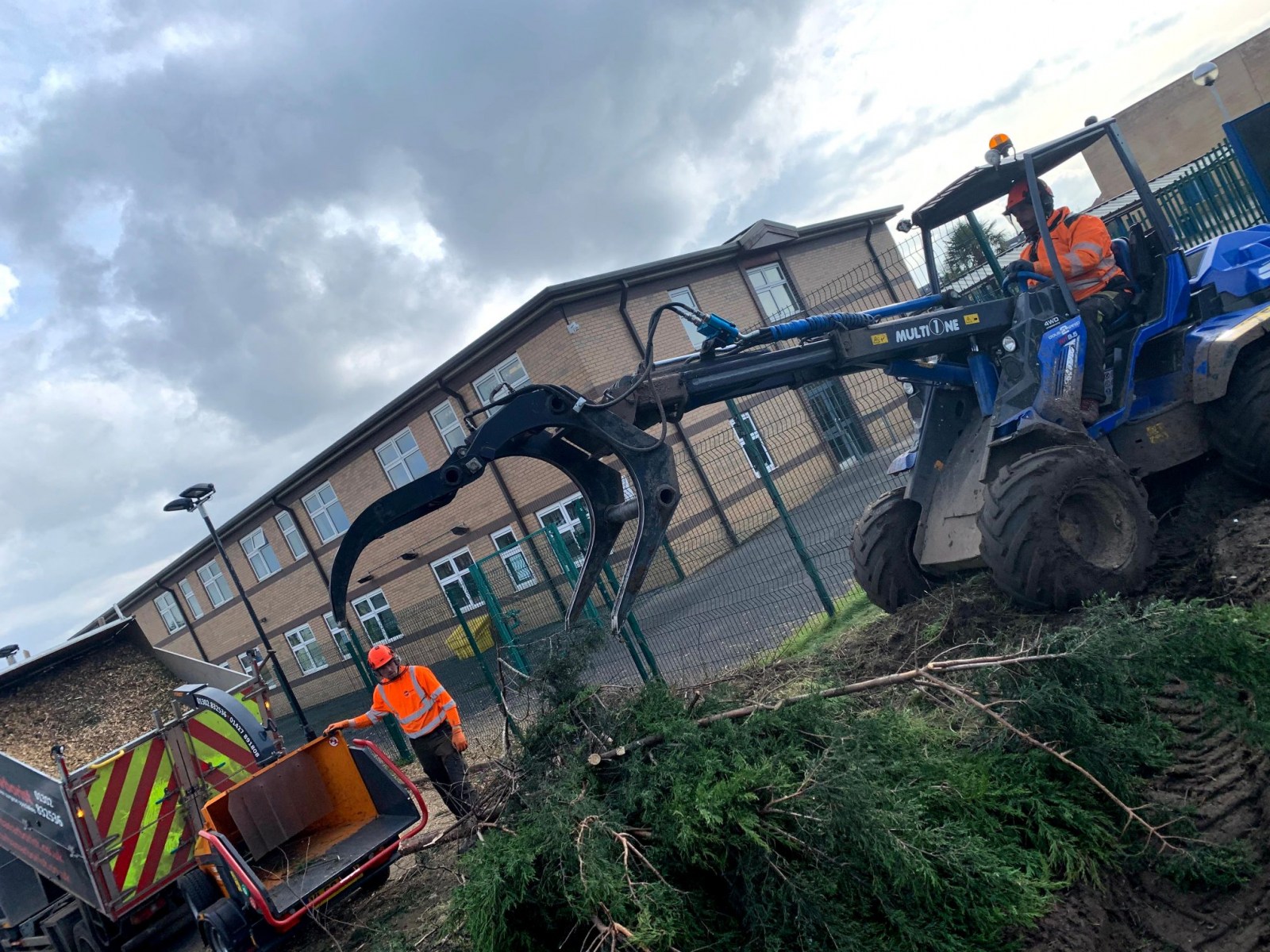 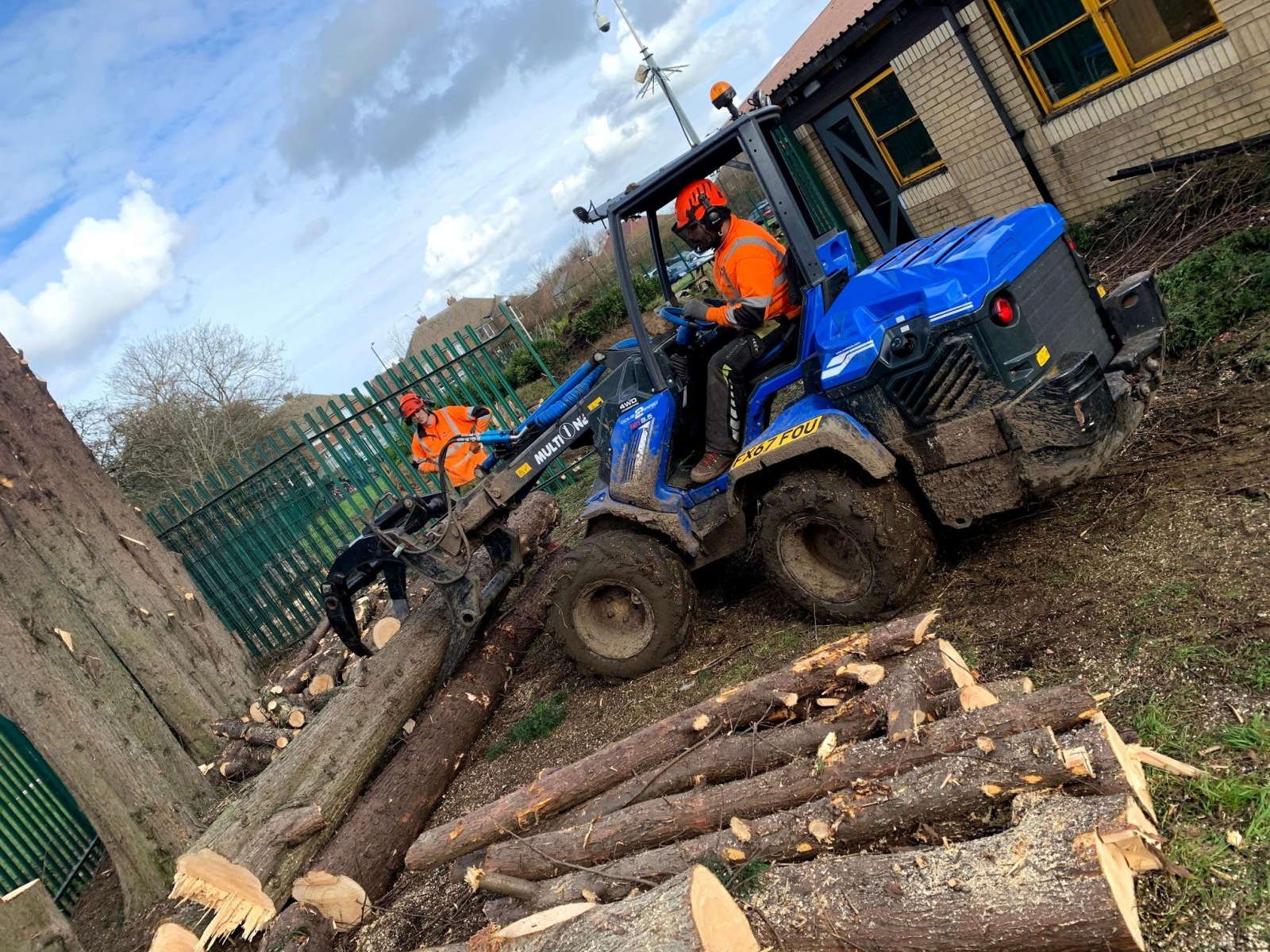 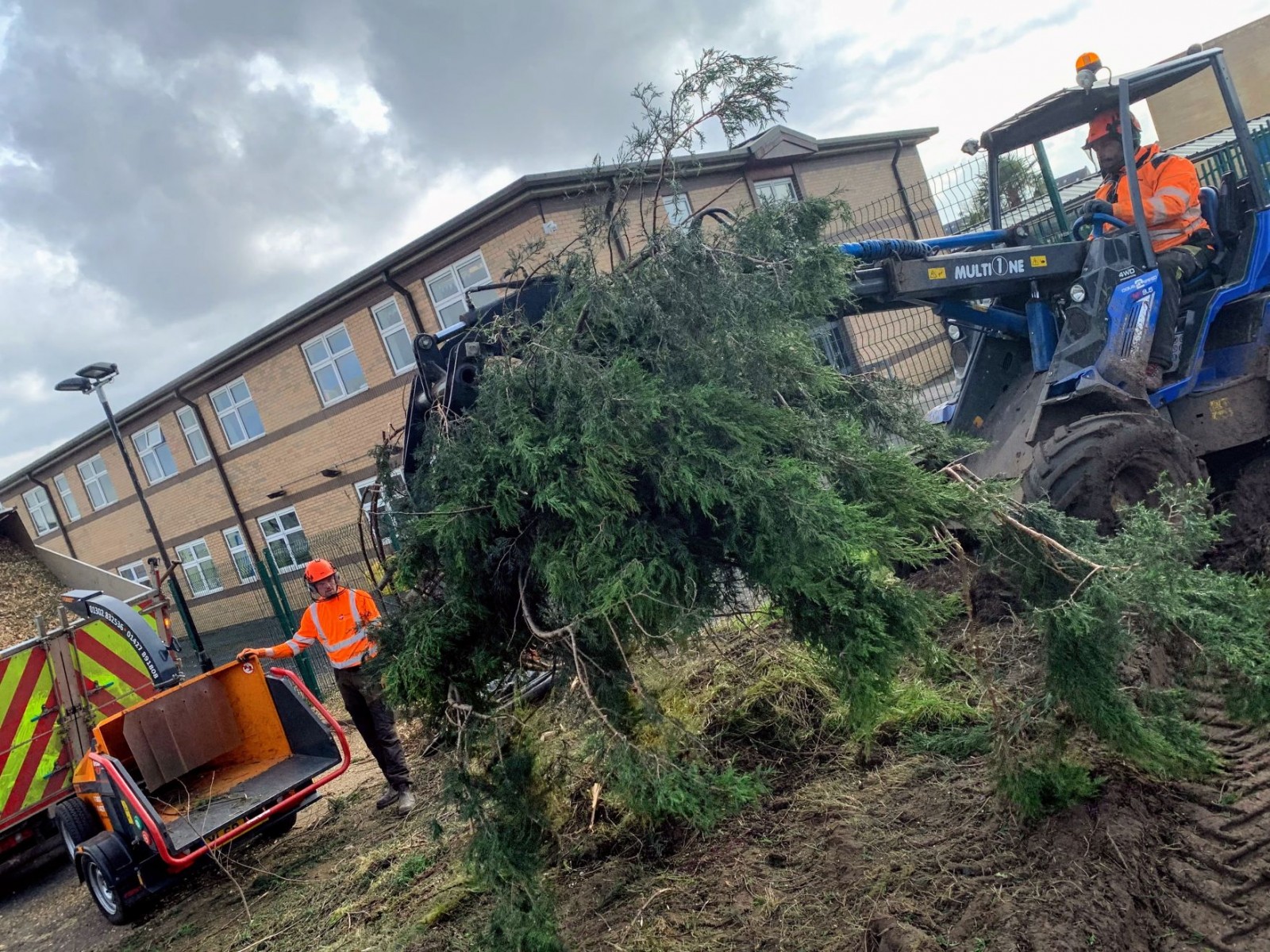 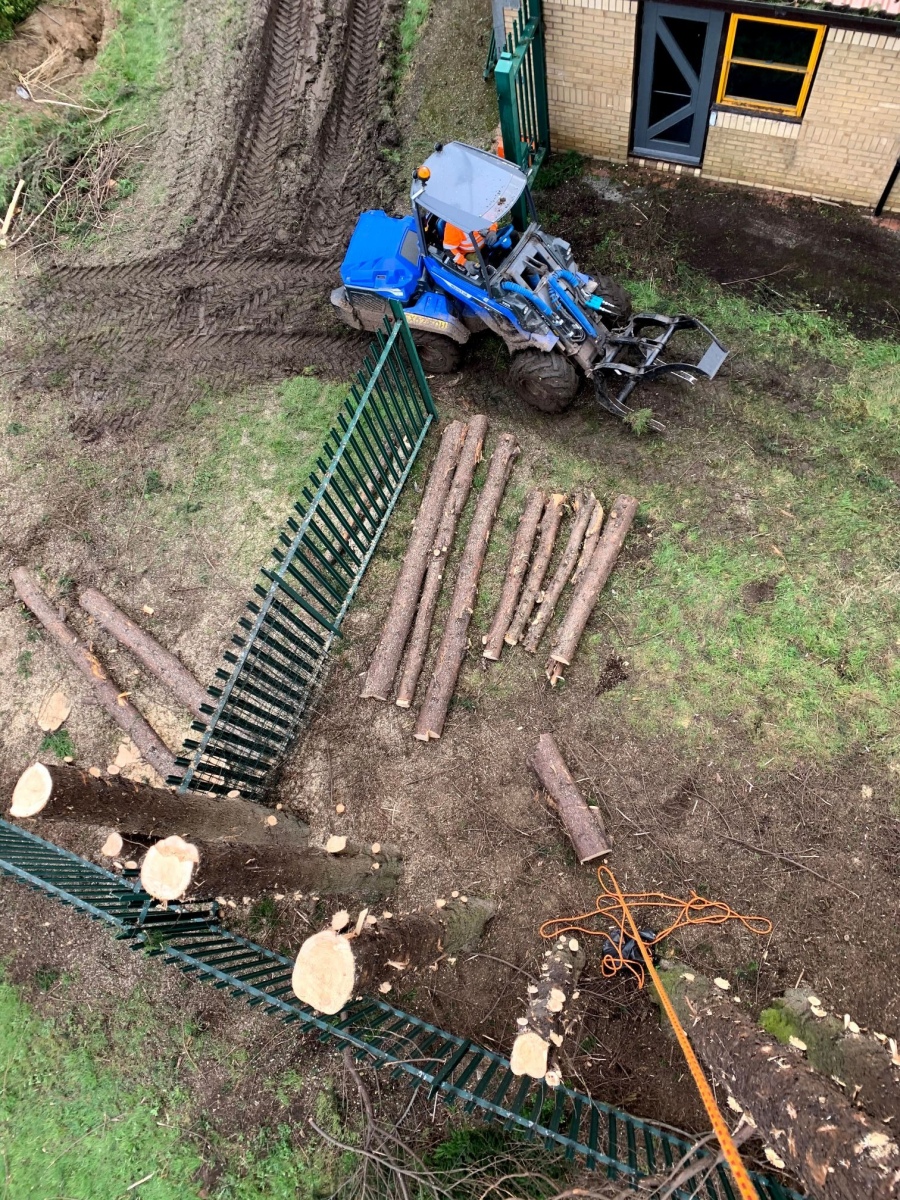 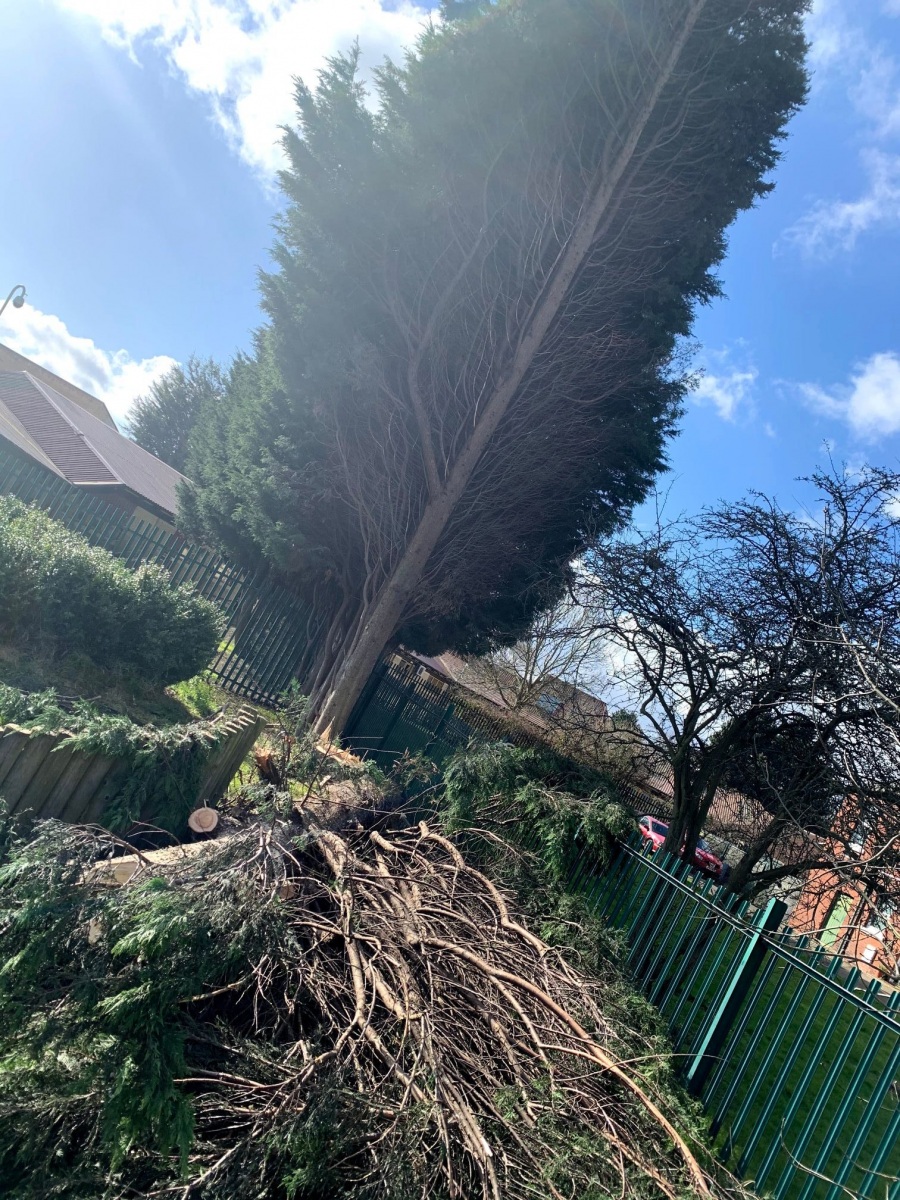 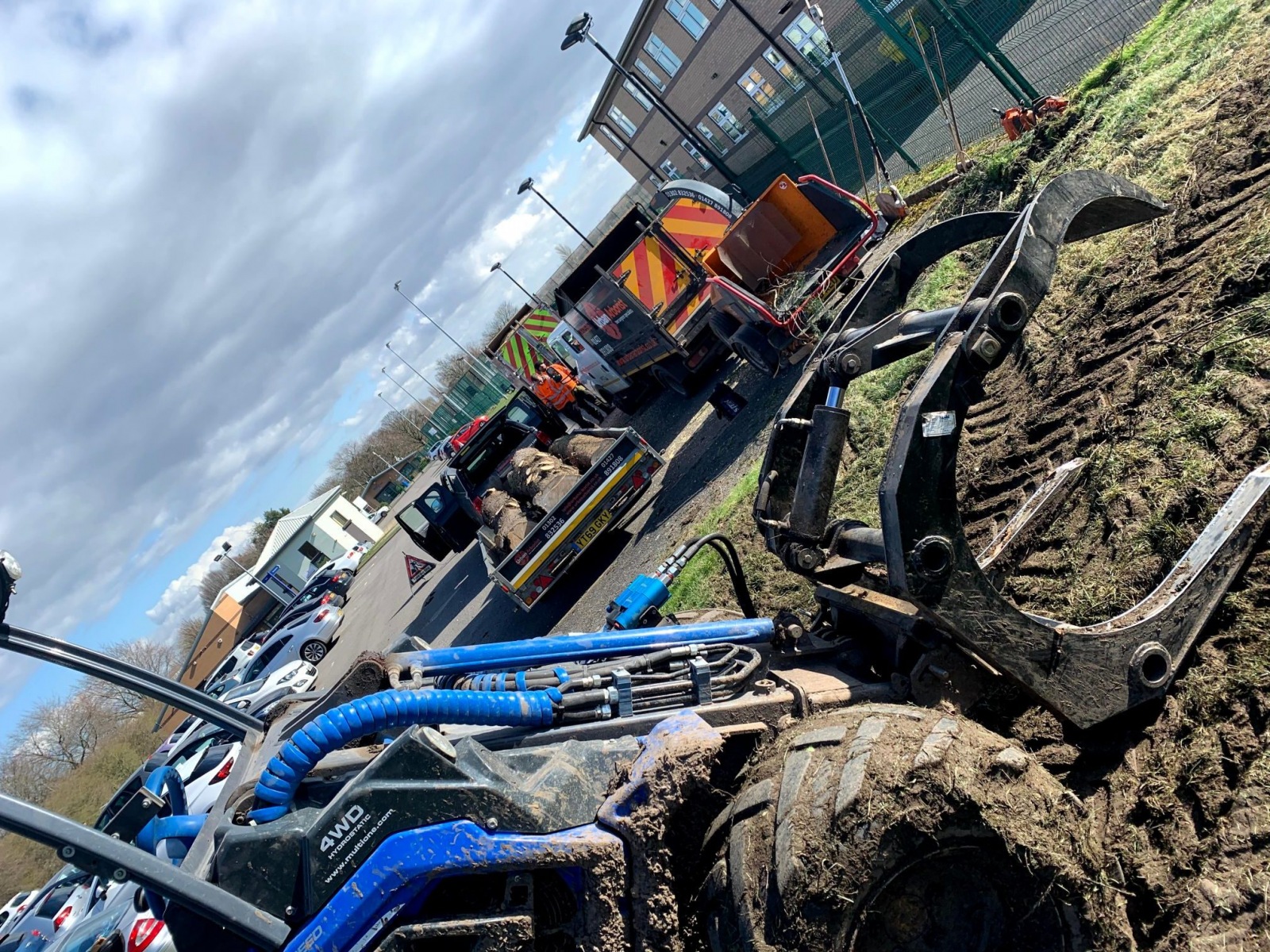 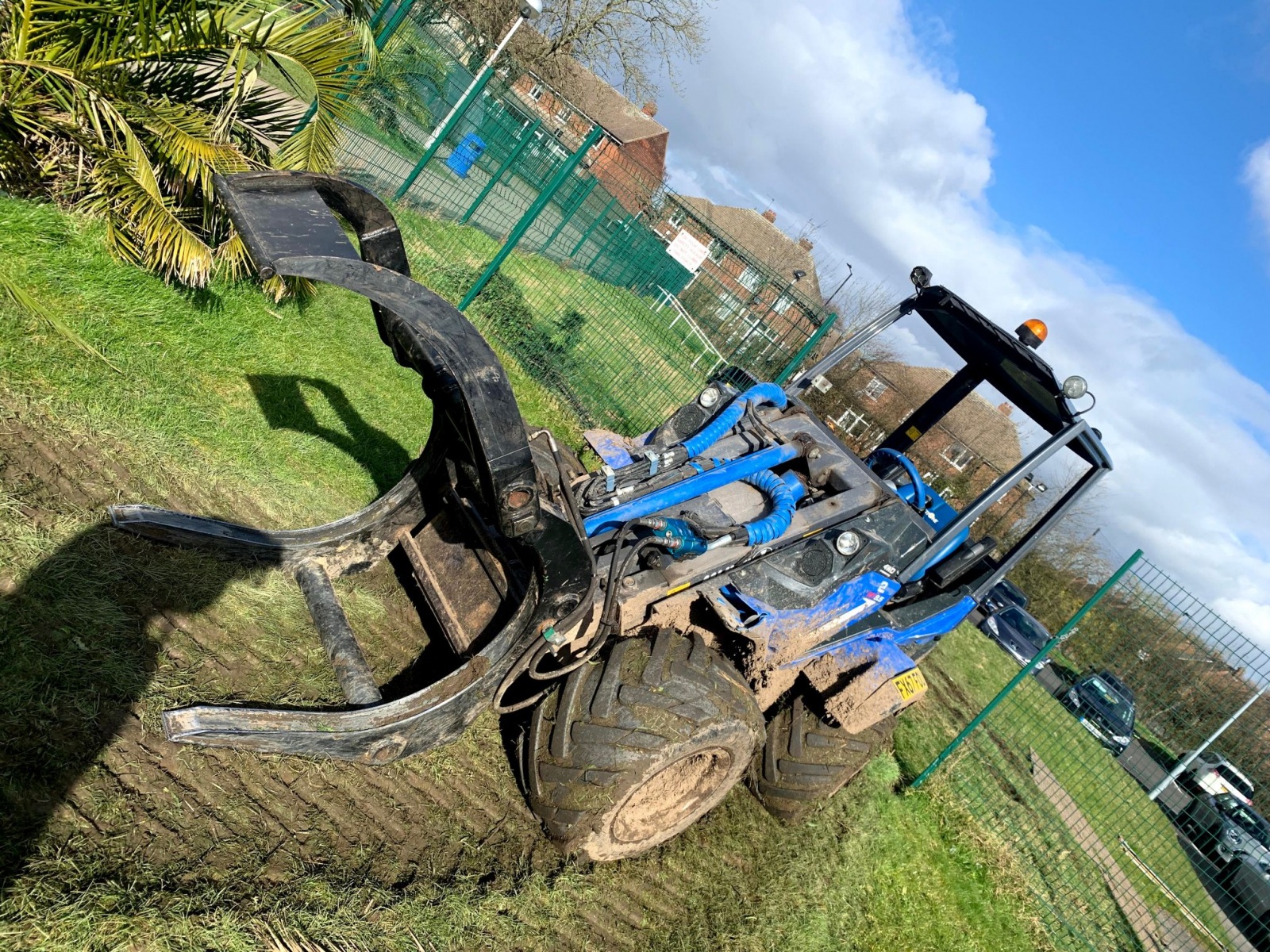 32 of the mature Cypress the trees were situated close together between one of the schools exterior fences and a school building due to be renovated. The other three Mature Cypress trees were situated within close proximity of buildings in the reception area. The three reception area trees were removed and stumps ground during weekends to minimise the disruption to the school during term time. Giving the confined locations our tree surgeons required accurate felling and aerial rigging techniques to remove the trees in a safe and controlled manor.

Our Multione mini loader was used to speed up the works by taking care of a large part of the manual labor involved.  The arising debris was taken to the chipper by the mulitione and chipped on site. The chippings were then removed to our waste recycling deport along with the cord wood and heavy timber using our fleet of heavy and light commercial good vehicles and trailers. We did consider the use of a whole tree chipper and articulated lorry to process the arising debris, but the access was not suitable on this occasion.

All our waste products are seasoned and then later processed as biomass fuel creating renewable energy. 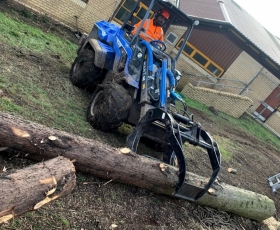 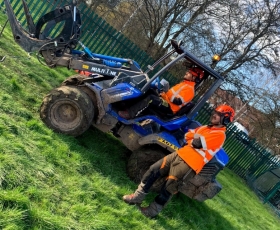 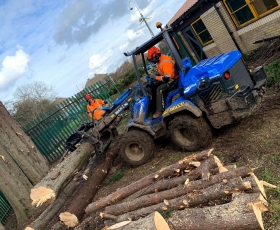 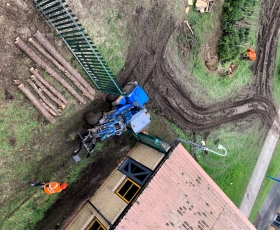 Back to Recent Projects